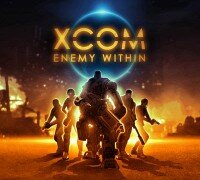 The iOS and Android versions of alien extermination sim XCOM: Enemy Unknown will be getting the Enemy Within expansion pack tomorrow – but as a new standalone app, rather than an update.

At its heart, this is largely the same game as last year’s, which sees you defending the earth from an alien invasion by managing resources, launching satellites, researching weapons, and commanding tactical turn-based battles.

But the old campaign has been rejuvenated with new maps, aliens, weapons, and abilities. Read More →