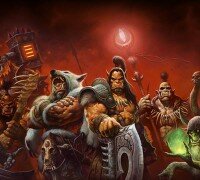 Recently you guys might be attracted by Blizzard’s new game Overwatch, and WoW fans also have seen the Warcraft movie revealed at BlizzCon. But there’s another movie of WoW at Blizz Con last week, Blizzard premiered a special World of Warcraft documentary at the convention called Looking for Group, and you can watch the flick in its entirety right now.

Looking for Group examines the phenomenon of the MMO’s creation and operation over the past 10-plus years. According to the studio, the documetary will allow you to “explore the history of WoW with its creators, and journey into corners of Blizzard and the WoW community you’ve never seen before.”

Grab your Michael Jackson comment popcorn and watch it after the break!