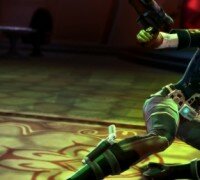 Star Wars: The Old Republic finishes up its series examining the class changes coming with the 3.0 update today with the Sniper and the Gunslinger. Why were those two the last on the list? Probably because they were hiding way in the back. That’s sort of how they do things. As both of the base classes (Smuggler and Imperial Agent) have seen some significant changes, some of the changes to Snipers and Gunslingers focus around keeping the core utility of the advanced classes while removing unnecessary or superfluous buttons.

Sharpshooter/Marksmanship are fairly unchanged from their current incarnations, save for a new ability replacing an older ability in regular rotation. Engineer/Saboteur is largely unchained, but the changes to abilities should produce smoother overall rotations. Last but not least, Virulence/Dirty Fighting specialties both gain a new ability that functionally replaces an older option and a new passive ability to spread damage over time. Check out the details on the new tricks on the official development blog.

A new report claims to know another detail pertaining to the teaser trailer for “Star Wars: The Force Awakens.” The teaser, which is rumoured for a Dec. 17, 2014 release, will supposedly also reveal the main villain in the movie.

According to Latino Review, the short sneak peek for “Star Wars: The Force Awakens” will debut the appearance of the movie’s chief antagonist. Sources have allegedly confirmed the teaser trailer will feature a montage of characters, old and new, and among them is the main villain. Read More →

Becoming A Hero from the SWTOR Universe 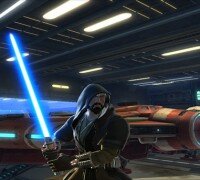 The principal trait that SWTOR gameplay provides above different MMORPGs is truly a potent sequence of quests. every solo character is supplied their confidential just one of the sort choice of grand quests. if you progress by method of the kind of missions, your current persona opens completely new talents and gets a complete great offer much more powerful. they are strings of quests that include engaging within of an enormous premise and give the persona a target inside the Star Wars: The aged Republic world. This may possibly be completely different from practically just about every other on the internet movement image games that will provide you several adventures to kill 10 criminals or collect 10 artifacts. several avid gamers have believed SWTOR will turn in to a single-player adventure enjoyed inside the internet. this could be untrue. as well as your current school adventures, there is certainly a additional collection of celebration quests that you’ll wish for getting in a placement to finish in equally tiny and large teams, centered in your inclination. I think this truly may possibly be considered a amazing purpose as I truly don’t get satisfaction from repeating uninteresting, pointless missions repeatedly. You’ll locate 8 standard SWTOR courses and additional superior classes. Read More → 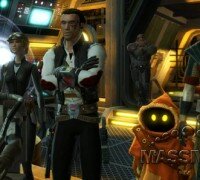 Do you play a Commando or a Mercenary in Star Wars: The Old Republic? If so, you’ll want to read BioWare’s latest dev diary because it explains the discipline changes scheduled to hit your advanced class with the game’s 3.0 update.

There’s a lot to digest, including the fact that the game’s new discipline system will allow players to select utility skills that were previously tied to a particular skill tree under the old system.