The Elder Scrolls Online has released a new video to shine more of a light on the exploration of Tamriel. According to the post, it is a land that beckons to the explorer’s spirit in us all. From hunting the forces of Molag Bal to gathering natural resources for crafting to plumbing ancient ruins for treasure, your next big adventure awaits in Tamriel.

For those who take the time to traverse the wilds of Tamriel, a bounty of raw materials, hidden treasure chests, breathtaking vistas, and uncovered mysteries are waiting to be found. Keep your eyes and weapons sharp while exploring, though–Molag Bal’s loyal followers lurk in even the most remote locales.

Watch the video below:

Just some days ago, ZeniMax released a 23-minute “Supercut” trailer of its hot title The Elder Scrolls Online. According to ZeniMax, it costs over a year to make this CG trailer. Though the promotion period of the game has already passed, we can still see the sincerity of the firm in this trailer.

In The Elder Scrolls Online, three alliances struggle for control of the Ruby Throne and Tamriel itself. The chaos of war engulfs the Imperial province of Cyrodiil, and sinister forces from Oblivion seek to take advantage of the Empire’s instability, hatching a scheme to enslave all mortal souls. Released originally in four separate parts, this breathtaking cinematic trailer takes you directly to the heart of the war. Witness the three alliances clash in a deadly battle for the Imperial City, unaware of the Daedric threat waiting for the perfect moment to launch its assault.

‘Elder Scrolls Online’ PS4 And Xbox One Release Slips To 2015

The Elder Scrolls Online was originally slated to release on the PlayStation 4 and Xbox One alongside the PC this past summer. The console release was then pushed off to an unspecified December 2014 release date. ZeniMax Online made official Thursday what was already known: the MMORPG will not make that release either.

Game Director Matt Firor detailed some of the future updates coming to The Elder Scrolls Online in a post on the game’s website. After covering some of the updates delivered since the PC release, Firor confirmed the delay.

“We couldn’t be more excited about everything there is to look forward to in 2015. We’ll be introducing some of the new systems that we’ve talked about publicly over the last couple of months, and of course, we will be bringing ESO to the PlayStation 4 and Xbox One,” he wrote.

“As I’ve mentioned, we have been (and will continue to be) steadily working on the Xbox One and PlayStation 4 versions of ESO,” he added later on. “They are playable and fun right now, but there’s still some work to do before we can set an official launch date.”

Bethesda Softworks’ Vice President of PR Pete Hines previously told CVG that the infrastructure of the PlayStation Network and Xbox LIVE was part of the reason of the original delay to December. This new delay looks to be due to timing. Update 6 is scheduled for January and is “a big one,” according to Firor.

‘The Elder Scrolls Online’ Coming To Consoles Next Month? 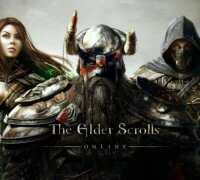 “The Elder Scrolls Online” will be available on consoles this December, new reports suggest.

Air Herald reported, “Bethesda has confirmed that The Elder Scrolls Online is still on schedule for a December release on the Xbox One and PlayStation 4 consoles.”

Despite mixed reviews of the game, Bethesda is keen to deliver the MMORPG to consoles.

“The game has over 700,000 subscribers, not a small number by any means but hardly as much as the millions who play other MMORPGs such as World of Warcraft. Nonetheless, Bethesda finds it worthwhile to bring the game to console platforms,” the article added.

“The Elder Scrolls Online” release date for consoles was originally slated for June 2014.

Apart from “The Elder Scrolls Online” release date for Xbox One and PS4, Bethesda has been busy with its loyalty program. For the 6th month loyalty award, “a shiny new shipment of Loyal Dwarven Spheres are rolling into mailboxes all around Tamriel.”
“This rare and mysterious companion will raise more than a few eyebrows at the local tavern. Expect questions-and make sure you have a good tale ready to tell! We’ll continue to add new surprises to the ESO Loyalty Program in the future, so keep exploring Tamriel and reap the rewards! We’re glad to have heroes like you in the community,” an article on the official TESO site explained.