The full version will drop on Sept. 22

The highly anticipated FIFA 16 demo from EA Sports is set to be released between Sept. 8-10, with users living in certain time zones already able to download it.

Xbox users will be able to download it on Sept. 8, depending on geographical location. It will become available on PlayStation 4 sometime during the evening of Sept. 7 and 8, reports the Independent. 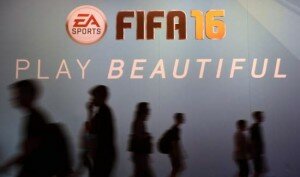 Visitors walk past an ad for the FIFA 16 football game at the Gamescom fair in Cologne, western Germany on August 7, 2015. The trade fair for interactive games is running until August 9, 2014. PHOTO / PATRIK STOLLARZ (Photo credit should read PATRIK STOLLARZ/AFP/Getty Images)

Can’t wait? FIFA fans in New Zealand have already been able to get hold of the demo and but it’s possible for those outside of the country to download the demo as well by registering a new PlayStation account in one of the countries where it is available.

In the demo, players can take part in one-off matches, skill games and get to grips with the new FIFA Trainer mode. Users can try out three new stadiums and play with 10 teams that feature in the full version, including two of the national women’s sides.

The full version of FIFA 16 will drop on Sept. 22 on PC, PlayStation 4, PlayStation 3, Xbox One and Xbox 360, although not all the features will be available to Xbox 360 and PS3 users.