Hello and welcome to making Gold in Archeage! This guide aims to educate you in all the basic ways you can make gold in Archeage.

How is gold brought into the economy?

Coinpurses
Quest rewards
Vendoring items
Tradepacks
Fishing
All other ways of making gold involve trading gold that has been brought into the economy between players for various items, goods and services.

A Trade run is the activity of transporting a trade package to another location. Each zone has roughly 3 different tradepacks you can craft. The further the location from where you crafted the tradepack -> the more gold/gilda stars/resources you’ll get!

You can get one of three potential rewards for doing traderuns, what you get depends on where you’re going: Read More →

The most common crime in ArcheAge is that of stealing crops. Whether they are ripe or not (uprooted), this is a common occurrence because of the value and time savings one gets by doing it. Along with this, there is the notion that the crops are illegally planted to begin with, despite the game not having any punishment for doing so. The question at hand is whether or not the system is fair in its current form, or if it should have some changes to cause more fairness.

The fight against stealing is really a one-sided battle. It’s perfectly legal for players to plant things in the open, yet if someone wants to pick it up, they become a wanted criminal. This is a little backwards, considering there is protected property. If players don’t want others coming over there to take their plants, they can just plant them on protected land – not out in the open where it’s basically free-for-all. Read More →

Lost Continent: This is how you go off the rails in ArcheAge 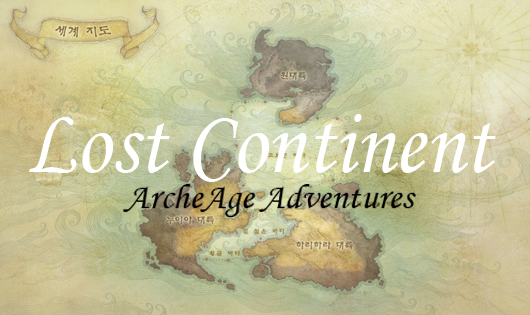 Are you an ArcheAge tire-kicker who’s wondering how to go “off the rails” and trade the game’s questpark level grind for some of that downhome sandbox flavor? I’m here to tell you that it’s as easy as deciding that you really want to do it.

There’s no magic button or pre-scripted path, though, because the game is sorta sandboxy. 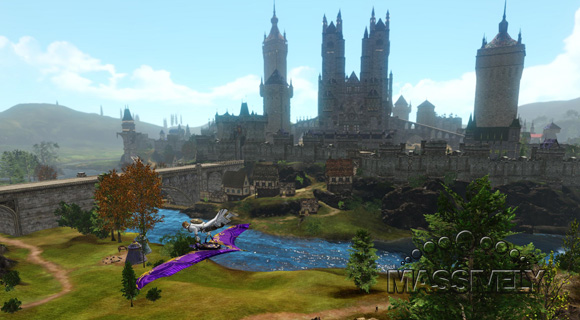 Here’s a question. What do you want to do in ArcheAge? Your answer can’t be “I want to do something besides the quest grind.” You have to be specific, define that something, and then look it up. ArcheAge leaves a lot to be desired in terms of in-game tutorials and explanations, but because of how long it’s been playable in various markets, there is a ton of how-to info available.

This may sound harsh, but I get the feeling that MMO fans have forgotten how to play a game with sandbox elements. And that’s to be expected, given the way that one particular design paradigm has dominated this genre for over a decade now and has trained us all to think a certain way and go through certain motions regardless of the type of MMO we find ourselves inhabiting. 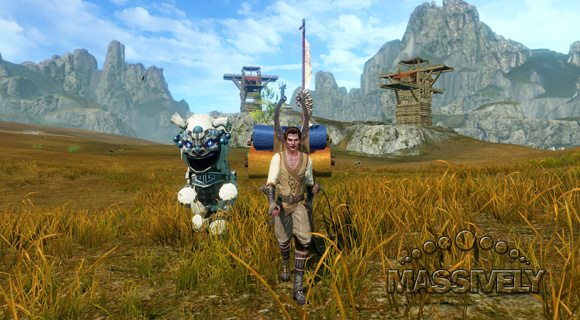 So let me help you out. Do you want to be a trader? Do the blue salt intro quests, guides for which are here. Once you do these intro quests, though, you’re on your own. You’ll have to decide whether you want to transport a pack of apple tarts (or spices, or snowlion yarn, or dozens of other specialties) to Austere or Mahadevi or Lutesong Harbor based on the time and risk involved and based on the current trading prices, which fluctuate according to NPC demand, which is a function of how many players have recently completed the same trade run. Read More →