The letter arrived promptly, as Edda expected it would. Though it possessed none of the usual acerbity she had come to expect in missives from home, the fear of what lay beyond the letter was enough to give Edda chills. The map Jancis had provided was neat and legible, and Edda had arranged for each item on the provided list to be readied and waiting for her arrival in Gridania. A simple cane made of oak, and a set of clothes tailored for outdoor use, but not devoid of the lavish quality she was so used to. An array of her belongings had been sent ahead to Fallgourd, where she planned to stay, as she had before for the brief intervals she visited the Shroud. Where Jancis planned on taking her first Edda was unsure, but a core of trepidation sat in her chest as the airship made its way to Gridania. 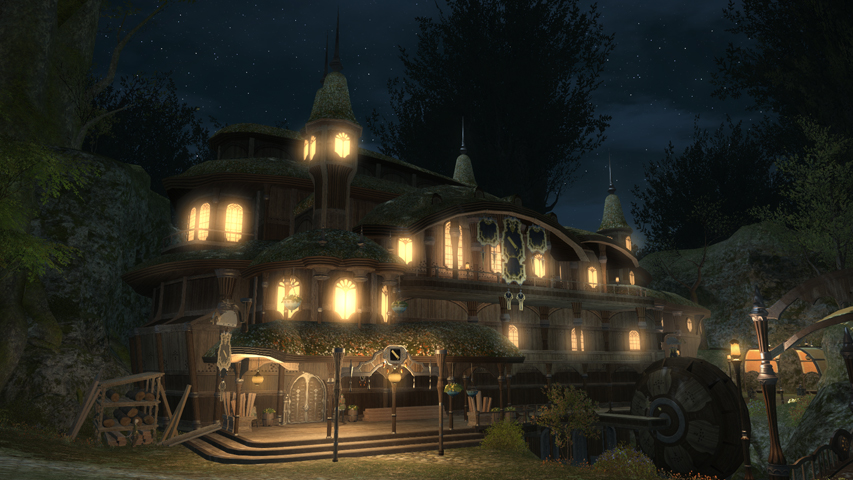 There is little to fear, Edda repeated to herself as the ship landed and the apprehension ran cold through her veins all the way to her fingertips. An attendant at the landing had her requested cane, and holding it awkwardly in both arms Edda found the mantra in her head did little to assuage her fears. Eying the comings and goings of the natives, and the few Wailers that stood watch, Edda felt very much the fool, and took a seat at the curved bench across from the landing.

Surely there had been some mistake regarding her abilities? Though she had not received the care and attention her brother had for his talents in conjury, the arcanist that had taught both her and her sister was well-respected. Her training had been brief yet specific, and it was through Edda’s own studies that she came to apply what she had learned beyond mending scrapes and bruises. Edda furrowed her brow as she watched the airship begin to board for its next departure, the sound of the inn drifting down the winding staircase. Who was she to doubt? An unnerving thought, but she was not accomplished in the art by any means, and there were few she knew that were as skilled and knowing as Jancis.

Turning her gaze downward, Edda glared at the polished wood floor, her grip tightening on the cane resting in her lap. Her father would assuredly be disappointed if he knew. The look of reproach that would bloom on his face was pictured clearly in her mind’s eye. Her uncle and his family resided in Gridania, and Edda knew special care would have to be taken to avoid attracting their attention, however lax it may have become since the passing of her great aunt.

Edda bit her lip and lifted her head to look towards the stairs. Surely Jancis would be arriving soon, and so she waited, pushing her thoughts to the back of her mind.