You are browsing the site archives by month.
16Dec 2014

The most common crime in ArcheAge is that of stealing crops. Whether they are ripe or not (uprooted), this is a common occurrence because of the value and time savings one gets by doing it. Along with this, there is the notion that the crops are illegally planted to begin with, despite the game not having any punishment for doing so. The question at hand is whether or not the system is fair in its current form, or if it should have some changes to cause more fairness.

The fight against stealing is really a one-sided battle. It’s perfectly legal for players to plant things in the open, yet if someone wants to pick it up, they become a wanted criminal. This is a little backwards, considering there is protected property. If players don’t want others coming over there to take their plants, they can just plant them on protected land – not out in the open where it’s basically free-for-all. Read More →

Would you play an MMORPG with a Single Player mode ?

Is it possible to develop a MMORPG that you can play as a single player RPG? Portalarium want to try it with the new MMO Shroud of the Avatar.

It sounds strange, and one wonders whether it can really work. Portalarium would like to offer Shroud of the Avataras a single player game. Once you start the game, you can choose between different game modes including single player and MMORPG, but this will work at all?

ARMORED WARFARE HAS HALF A MILLION BETA SIGNUPS

We are thrilled to announce that over 500,000 recruits have signed up for the closed beta of Armored Warfare! To celebrate, we’ve released this video, which focuses on the modern battlefield, PvP Combat, Co-Op Missions and deep Customization!

War is never pretty, but it usually doesn’t lack for participants. That seems to be the case with Obsidian Entertainment’s and My.com’s upcoming modern-day tank battler, Armored Warfare, which today announced that it has registered 500,000 beta signups.

You can still sign up for the beta on the Armored Warfare site. Just don’t get your hopes up for there being an announcement for the 500,001st player.

World of Warcraft: Warlords of Draenor has been rejuvenating the long-running MMORPG for about a month, but the game has been around for 10 years and the franchise has been alive for even longer. So we’ve had some unforgettable characters introduced over the past decades.

Today, our own Greg Burke breaks down Warcraft’s 10 most memorable characters. The video below should remind Warcraft fans of what a rich mythos Blizzard has constructed over the past few decades.

With only a few days left until the December 12 release of Path of Exile’s player-versus-player-centric Content Update 1.3.0, Grinding Gear Games has released a new, action-packed teaser trailer. This time Leo Redmane, Master of the Arena and Path of Exile’s newest Forsaken Master, shows off a glimpse of the game’s upcoming PvP combat. Click below to answer his call to battle:

Like the other masters, Leo offers a hideout (in the Gardens tileset) with his own decorations and PvP crafting options. His daily missions all involve playing PvP, with rewards for completing different objectives. Unlike other masters, Leo doesn’t take up a slot in the player’s hideout. Players can have him in addition to their regular set of masters. Read More → 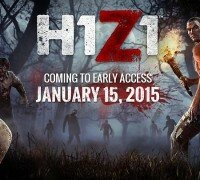 Sony Online Entertainment (SOE) today announced that the much anticipated post-apocalyptic zombie survival MMO, H1Z1, will be available via Steam Early Access on January 15, 2015 for $19.99 (USD). Set in a post-apocalyptic world, H1Z1 is a zombie survival MMO coming to the PC through Steam Early Access. Players must use their wits and skills, as well as strategically align with friends and fight-off enemies in order to overcome environmental elements, hordes of zombies, and other hostile players if they want to survive the worldwide infection. Additional details on Early Access can be found in SOE President John Smedley’s community post.

Players can tune into the H1Z1 Twitch channel, for special AMA livestream today at 3:30 p.m. PST to learn more about Early Access.

Housing has become an important part of every MMORPG. But this is not easy to implement.Housing has become one as good as any MMORPG to do so. Players are very keen to add itself in theirr playing house and decorate it.

In many MMORPG players houses are housed in special zones that are off the intrinsically’s play world. There are several reasons. One is that the game world is not “plastered” by players homes to continue to have the game world as the developers have provided for the adventure. In Ultima Online, for example, it was possible to put a house next to a dungeon entrance and large parts of the wilderness were full houses. The players houses that can be decorated affect the perfomance of the game. Therefore, the decorating possibilities for houses that are open worlds,and usually limited.

However, this implies that many players do not have the feeling of being part of the actual game world with their house. And they can show their home with the decorations not other games. Still, that could displease other players. Often player houses are very individual decorated. Since fountains are stacked or built labyrinths of cabinets. While this shows the creativity of the players, but affects the atmosphere. Strange houses have an effect on the look of the game world, thereby losing their own style, which many players dislike. Read More →

In Rift, this dungeon is designed for players level 63 to 65 and involves fast runs. With four bosses and pretty easy mechanics, it’s fast and easy to get used to.

The first boss you come across in Citadel of Insanity is a large crab-like creature. This battle includes both the boss and minions, although the minions are usually just AoEd down along with the boss himself. If players are using single-target skills, depending on the group’s DPS, the minions can either be targeted down or the boss can be burned. As for the other mechanics of this battle:

• A buff called Coldsnap is randomly used, slowing movement speed. This can be cleansed

• The boss occasionally casts a buff on itself called Deepice Armor. This makes him invulnerable until it’s removed. To remove it, simply look for the water geyser coming out of the ground and walk him over to it. While this happens, he will be getting a new buff: Boiling Mad. This increases his damage, so as soon as Deepice Armor is removed, he should be taken out of the geyser to cut down on his damage output

• Frost Strike is a ranged skill used on a random player. Looking around the ground, you will find shiny items called Frozen Cores. Pick one of these up prior to being hit by the skill to nullify its effects (which otherwise do damage over time and have a stun effect). You’ll know who this is coming for as the boss will emote “Glacieus prepares to throw a frozen spike at (name)!”
Generally speaking, groups will say to ignore the Frost Strike mechanic and the minions and just target down the boss or AoE him with the minions. Most will also just leave him in the geyser, just to keep his Deepice Armor buff from becoming an annoyance later on.

‘Elder Scrolls Online’ PS4 And Xbox One Release Slips To 2015

The Elder Scrolls Online was originally slated to release on the PlayStation 4 and Xbox One alongside the PC this past summer. The console release was then pushed off to an unspecified December 2014 release date. ZeniMax Online made official Thursday what was already known: the MMORPG will not make that release either.

Game Director Matt Firor detailed some of the future updates coming to The Elder Scrolls Online in a post on the game’s website. After covering some of the updates delivered since the PC release, Firor confirmed the delay.

“We couldn’t be more excited about everything there is to look forward to in 2015. We’ll be introducing some of the new systems that we’ve talked about publicly over the last couple of months, and of course, we will be bringing ESO to the PlayStation 4 and Xbox One,” he wrote.

“As I’ve mentioned, we have been (and will continue to be) steadily working on the Xbox One and PlayStation 4 versions of ESO,” he added later on. “They are playable and fun right now, but there’s still some work to do before we can set an official launch date.”

Bethesda Softworks’ Vice President of PR Pete Hines previously told CVG that the infrastructure of the PlayStation Network and Xbox LIVE was part of the reason of the original delay to December. This new delay looks to be due to timing. Update 6 is scheduled for January and is “a big one,” according to Firor.

Choose My Adventure: Can’t stop the World of Warcraft

It’s been 10 years since Blizzard Entertainment launched World of Warcraft and ignited the great MMO gold rush of the aughts. In that time, World of Warcraft has grown into something more than a game; it’s a cultural icon, an immensely valuable piece of intellectual property, and a brooding presence any new MMO has to consider before launch. WoW has gravity.

Just when World of Warcraft’s numbers start to slide and the naysayers start planning their “WoW is dead” parties, Blizzard finds a way to make WoW resurgent. Warlords of Draenor, WoW’s fifth expansion, launched late last month, bringing three million subscribers back into the game’s warm embrace. For those keeping score: That’s more subscribers than most MMOs ever see at their peaks.

Warlords of Draenor reworks some core World of Warcraft systems, changes up character models, implements a version of housing, and more. And with so many people returning to check it out, there’s no better time for Choose My Adventure to join the fray.

My World of Warcraft

Normally on Choose My Adventure, we’re playing a game with which I have little to no experience. I was a beginning pilot in Elite: Dangerous, a rookie soldier in Firefall, and a baby pugilist in Final Fantasy XIV. This won’t be the case in World of Warcraft. WoW is the game that brought me into MMOs. I’ve been playing it since 2005 and have hit max level in every expansion, though with Cataclysm and Mists of Pandaria, hitting max level was about the only thing I did. Before that, I was a hardcore raider and an avid PvPer. I’ve faced off with Illidan, farmed out a Grand Marshal, wiped hard on Ragnaros, and earned a few Feat of Strength achievements. WoW and I have deep ties. Read More →