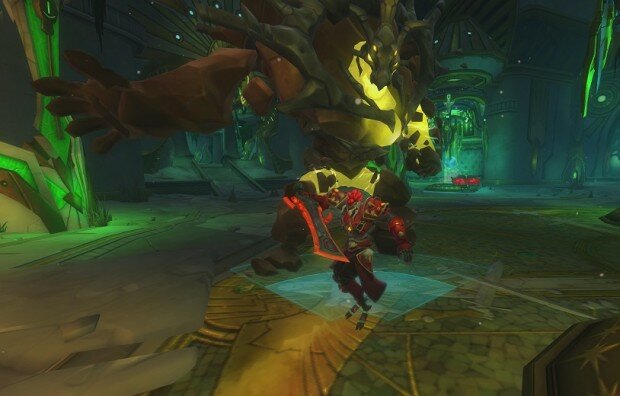 It still feels a little weird writing about WildStar on MMOBomb, but I suppose that will pass soon enough. In the meantime, NCSoft and Carbine Studios have a lot to say about the changes they’ll be making to the game in the August update that will add lots of content and make the game better for players new and old.

Players who are brand new to the planet Nexus will see a new tutorial, based on their experience level with MMOs, while the starting area, the Arkship, will be revamped to better see to their needs. Stats are also being reworked and pared down to four basic stats, while dungeons will “provide a consistent challenge and make completion times more forgiving.”

The new content includes two new areas, the Alpha Sanctum and the Cryo-Plex PvP arena, and there will be a new focus on player communities, which let groups of up to 20 players combine their housing plots — for defensive purposes only, we’re sure.

There’s also a bit to say on the payment model, including news that should be welcome to long-time players:

WILDSTAR’S NEW REWARDS PROGRAM WILL ENABLE PLAYERS TO EARN REWARDS POINTS BY PURCHASING OR SPENDING NCOIN, ENROLLING IN A SIGNATURE PLAN OR REDEEMING C.R.E.D.D. EARNING POINTS WILL ALSO BE RETROACTIVE, SO ANYONE WHO HAS PREVIOUSLY INVESTED IN WILDSTAR WILL HAVE A NUMBER OF VERY COOL REWARDS WAITING FOR THEM. AS PLAYERS EARN POINTS, THEY WILL CONTINUE TO CLIMB THROUGH MULTIPLE TIERS OF REWARDS.